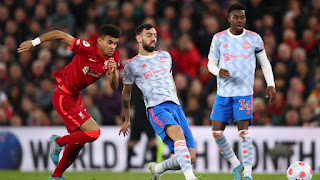 Manchester United lost to Liverpool in their first match for the Pre-season tour.
Despite the game being a friendly match, it was a test to know if things had begun to improve in Manchester United.
Jason Sancho had opened the scoring in the 21st minute
The result of the game shows that Erik Ten Hag has a lot of work to do.
Manchester United had one of their worst ever seasons in the just-concluded campaign and they wouldn’t want to take the bad energy into the new season.
Watch highlight:

No comments to show.